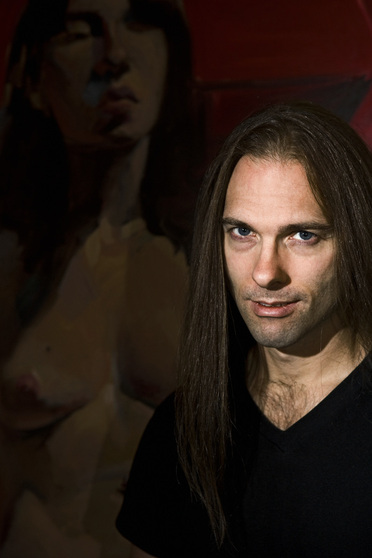 I grew up in Erie, PA. The art field was never considered a real occupation there. Apparently being more stubborn than I realized, I went on to receive a scholarship from Columbus College of Art and Design, graduating with a BFA in painting. During college, I worked as an amusement park caricature artist- traumatizing mid-westerners for five dollars a drawing. The ones with braces hated me!

During my last year at CCAD, Modeworks, a NYC mural company, was doing a job for The Limited Express in Columbus. I was so good at fetching coffee for the boss. When I arrived unannounced on their doorstep in New York, they immediately gave me a job. This is when I really learned to paint. I worked alongside artists from China, Russia, Poland, France, and New York. I represented Ohio. I did my best to avoid the conventional cubical and retail jobs by picking up freelance work illustrating comic books for Marvel and DC. I wanted to do more painting than comic books permitted, so, inspired by artistic desire and the crashing comics market, I began doing editorial illustrations for places like the New York Times, Wall Street Journal, Sports Illustrated and Playboy. Freelance work allowed me to paint more than ever.

Some cool projects I've worked on have been Concept sketches for animated Lipton Brisk commercials, the key art for Ozz Fest '05 and '06, concept sketches for Mudvyne, Megadeath, and Bucket Head. Designed and painted window displays for Saks 5th Ave, and Hermes flagship store and Wall Street locations. A 10' high by 60' mural for Manhattan Classic Car Club, and participated in numerous Art Fusion jams put together by the world famous Paul Booth at Last Rites Gallery. Air Force visiting artist program that sends artists to various bases to draw and paint what they see. The Joe Bonham project. Artists visiting Walter Reed National Military Medical Center in Bethesda, MD to meet and draw wounded soldiers returning from Afghanistan. The art we created is currently on tour.

Moving to New York City from Ohio was both exciting and terrifying. I only knew a few people and had never visited New York. The closest I came was The Meadowlands in 85' for a Grateful Dead concert that I couldn't find tickets to get into. I only knew of New York through the movies and the few New Yorkers that I'd met, most of whom were not natives, but quite fun! The architecture and vibrant street life inspired me the most. I'm fascinated by the interaction between the past and the present. Pipes that come out of a sidewalk with no apparent purpose. Wires painted over countless times. In the subway layers of pipes and wires and dirt and tiles became a backdrop in my thoughts. The subway usually involves some waiting, so I began trying to figure out what all the pipes did, where they came from. Pipes laid down in 1900 that are still in use are wrapped in conduit from the 50's to new metal wires tied together and draped on a temporary hook with a scribbled message for the next worker that comes by. The intention of the pipes, etc. was never for decoration, but the accumulation of all these things appeals to my aesthetic. People wait in front of tiles and pipes and wires and decay for the next train and I get inspired to paint. 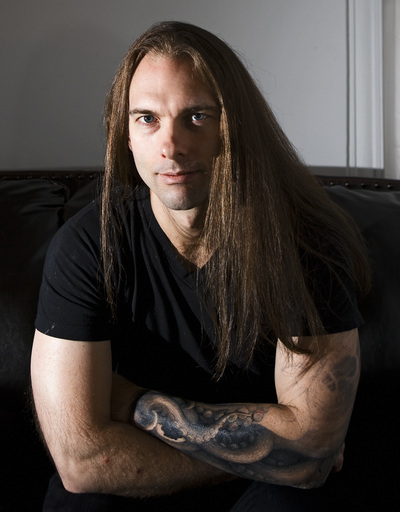 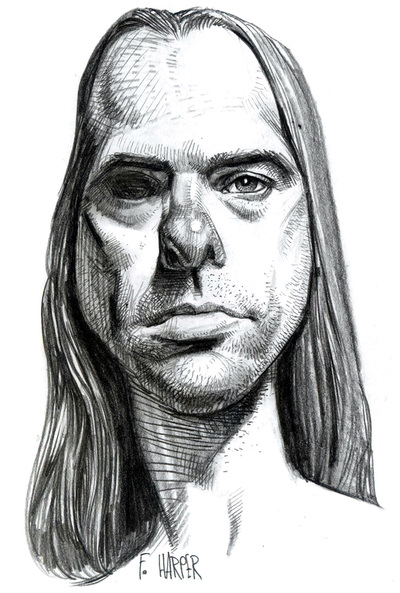 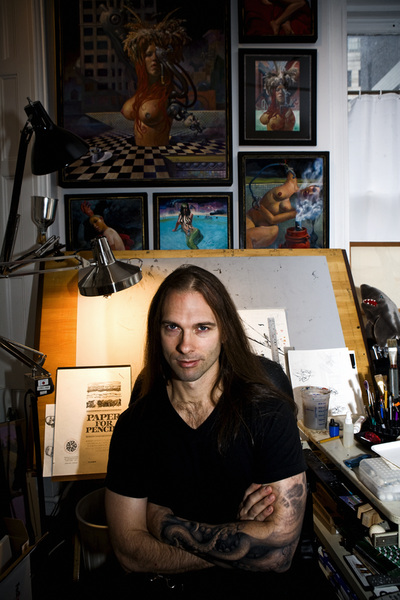 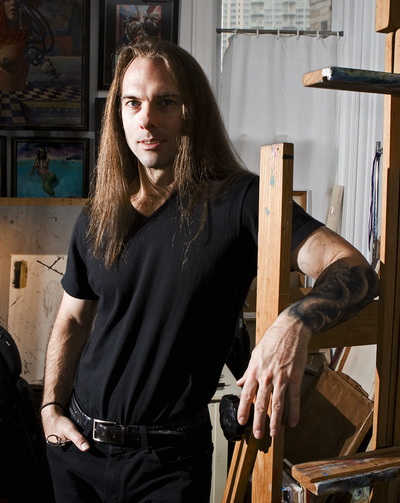 This website was developed by writer/artist R.J. Huneke @ CMO Sync - a media publisher - in conjunction with the artwork & direction of Mr. Fred Harper.